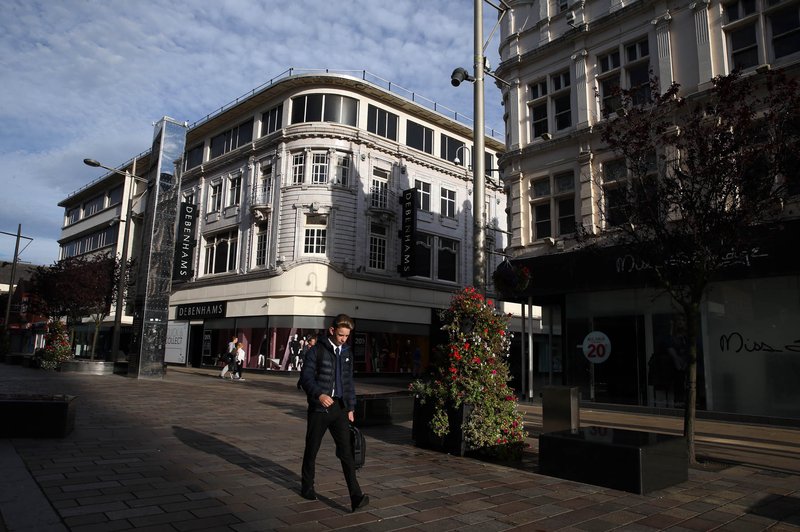 28
apr
My Customers And My Friends
By: Terry Carey

For almost half a century Careys' man Terry Carey had the privilege of visiting Middlesbrough people in their own homes, often becoming almost one of the family. Many of his customers left an indelible mark on him. Here he introduces us to some of them, with the names changed to protect their privacy…

​Jack and Vera were very kind to me when my mother was in hospital just before she died. They lived in Berwick Hills, not far from North Ormesby Hospital. On the evening I was due to come to see them, Jack or Vera (whoever was in), would have a sandwich and cup of tea ready for me. Depending on how I was running, I would call there before or after visiting Mam. I preferred to go afterwards so I’d have time to listen to their homespun humour and philosophy. Neither of them swore and they would use the word “stinking” instead of expletives. Their son aspired to be a clergyman and spent some time training before realising it wasn’t really the life for him. He carved out a career in industry and married the “girl next door”. Whatever he decided he would do with his life, Jack and Vera backed him to the hilt. After Vera died Jack soon fell into bad health and didn’t live much longer. They were a smashing couple.

Bill and Joyce were related to Jack and Vera, Joyce being Vera’s sister. They also had a son who wanted to go into the Church, but he never went as far as training for it. In later life, however, he became involved in ministering the sacraments in the Church of England. Unfortunately Joyce died several years ago, but daughter Barbara, husband Dave and their children sold their house and moved in with Bill so he wouldn’t be alone. They have since moved to a bigger house, where Bill carries on with his hobbies of gardening and family and local history. Although in his eighties and not in the peak of health, he remains a mine of information. He had a very arduous job with the Electric Board. During the war he was a commando and we often compared notes about the Scottish Highlands, where he trained. Bill and Joyce were another source of sustenance. Bill now has great-grandchildren and I visit him and his family to this day.

Pat and Kathleen were sisters. They lived about three miles from each other but Pat visited Kath most days to keep her eye on her, as she was asthmatic. Pat was very level-headed, with a good job, a husband who worked and one daughter, who was buying her own bungalow. Kath was divorced and had a son and daughter. She was living in near poverty, scrapping around for food and cigarette money. I went to her house in the course of my job and she was almost always depressed. She told me once she felt like ending it all. I usually tried not to get involved in personal problems, suggesting they seek professional help instead. But on this occasion I thought I’d better do something. I went to see Pat and reported what I had seen and heard, and she went to see her that evening. Crisis averted – for a while, at least. Several weeks later, Pat committed suicide by drinking neat acetic acid she kept in the house for cake icing. Kath died later due to natural causes. This made me realise you don’t always know what people are going through.

Jim and Christine were brought up next door to each other. They married and moved out of the area where their parents lived. I saw Jim now and again when our visits to his mother coincided. Then they moved in a few doors away from me and I walked past his house twice a day on my way to the paper shop. He was an active volunteer with the football club his boys were involved in, keeping the role of secretary even after they stopped playing there. But then he was struck down with Parkinson’s disease and soon had terrible difficulty getting about. My heart was in my mouth one day when I saw him from the other side of the pedestrian crossing, halfway up a ladder he was using to clean one of the upstairs windows. He was trying to come down and couldn’t move either way. I was just trying to figure out how I was going to help him down, when he somehow managed to reach the foot of the ladder. He was very courageous but shouldn’t have attempted it. Later his condition deteriorated to the extent that he couldn’t even lift a cup of tea. Then a new technique was developed to implant something that would control his tremors. It was almost a miracle. He is now walking without a stick, even taking his dog for a walk, drinking from a cup and carrying out many other tasks most of us take for granted. It’s very heartening to see. Every time I see him I think how wonderful for him to return to almost normal. The implant is experimental and very expensive at the moment. I hope it will soon be available to all who require it.

Ray and Jean lived in a little terraced house close to the site of what is now Boro’s Riverside Stadium. They have three children and their oldest son had a traumatic start to his life, having a hole in his heart. He had to go to Newcastle to see specialists for the first couple of years until he had an operation and then he never looked back. The couple were both hard workers and eventually bought a house, which they live in to this day. One reason I remember them is that I was in their little terrace house in North Ormesby when the news filtered through that JFK had been assassinated. But the main one is the political “discussions” we had on my visits.

I’ve continued to see many of my customers since I retired, but still miss my regular visits when they would welcome me into their homes like the old friend I was. They were the salt of the earth.