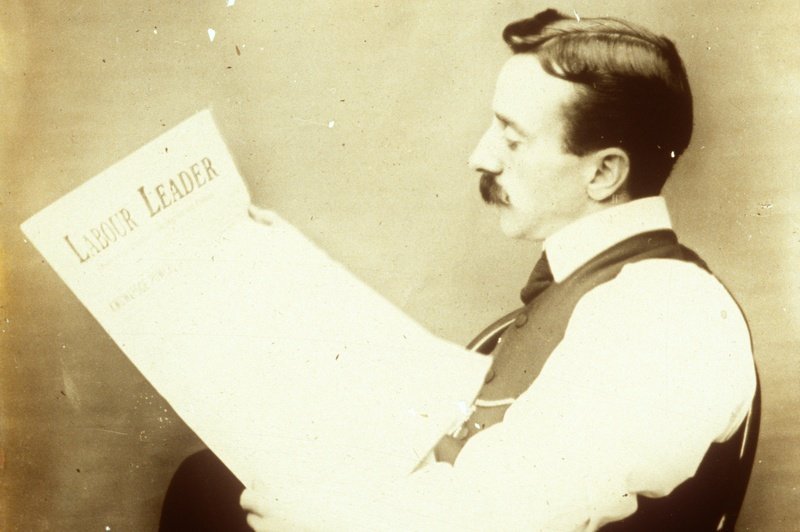 Carey’s Personal Credit founder George Absalom Carey was one of the key players in the establishment of the Labour Party in Middlesbrough during the early years of the 20th century.

Copies of the Labour Leader newspaper from the early years of the 20th century were recently digitised – revealing new information about George Absalom fight to improve conditions for families living in the town’s slums.

An Election Incident: How Carey Was Re-elected – By Marion Coates Hanson

Middlesbrough is a new town. It possesses, nevertheless, some of the worst slums, and often wins the dubious distinction of affording the highest death-rate in England.

Middlesbrough Socialist and Labour men and women joined hands and entered into the municipal election campaign with heart and soul.

With people dying in our slums there is very little time for idle argument. It is in the Council Chamber, on Boards of Guardians, in the House of Commons, we want our representatives to be.

The reactionaries of the Council had persuaded a misguided doctor to oppose Councillor Carey, one of the fairest fighters and staunchest supporters a cause could have.

The ward Carey represents affords stiff problems for reformers of all kinds. It was formerly called the "Marsh Ward" – a good name and true for such a fearsome district. But now, in order to hide its true character, no doubt, it has been rechristened after a saint –the dear Saint Hilda!

The wretchedness and misery of the dwellers in the ward defy description. Forty, fifty, sixty persons using one small tap in common, which declines stubbornly to permit water to flow through it at a more rapid rate than a drop a moment; loathsome pan closets, used in common by three, four, five, or six families, as the case may be; wretched houses, without pantries, wash-kitchens, cupboards, whose kitchen windows open directly on to the above-mentioned closets, which send forth a stench enough to turn the strongest stomach; streets full of holes, where the unwary passer-by runs the risk of spraining an ankle or stepping ankle-deep into water; and smoke hanging a constant pall over the entire ward! Such is a brief description of "St. Hilda's Ward." 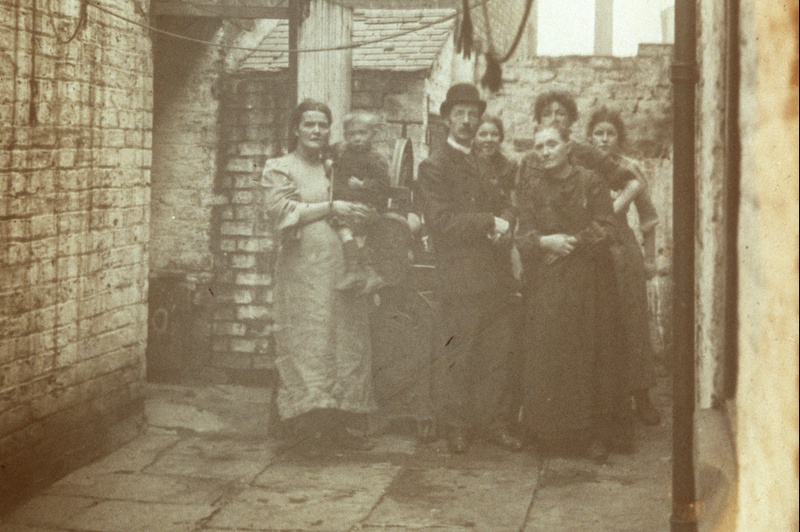 Carey's opponent was the strongest man the reactionaries could find, for it had long been rumoured that at any price Carey must be opposed and unseated. Carey, who had pleaded for the unemployed, for feeding hungry little ones, for decent houses, for the representation of women by women.

Carey, who was always present in a most unfortunate manner at a Council meeting when the enemy would have praised heaven and earth for his absence; Carey, the honest, irrepressible, simplehearted, single-minded supporter of the rights of the people!

Election day came. Trade Unionists and I.L.P.-ers were in full force. At all costs the seat must be retained by the I.L.P. representative. We felt it would be like working with one eye closed if the eyes we had sent into the Council Chamber were turned out.

Socialists and Labour people cannot afford to be outside the enemy's camp. Those who are sent in must remain there until recalled by the voice of the vast conscious majority.

The task may be tedious and difficult, but the multitude fights outside; inside, the select guard the rights of the people, won by the multitude.

The enemy thought to catch the I.L.P. napping, and issued a damningly misleading leaflet, which was put, into the printer's hands late on Saturday night, October 31. But the branch has eyes and ears all over, and rumour reported some points the leaflet would attempt to throw at what it considered a bewildered, ignorant electorate.

The I.L.P. had a counter leaflet in the hands of the printers on Sunday night, November 1. On Monday morning—polling day—the enemy's leaflet appeared, and there was great joy in the enemy's camp.

The I.L.P. discovered a point not dealt with in its reply. By 9 a.m. leaflet No. 2 was in the printer's hands, and 6,000 leaflets were printed and distributed before 2 p.m. on polling day. The enemy was discouraged. Powder and shot were too rapid.

Time does fly so on polling day. Not for one moment did either Trade Unionist or Socialist relax, the livelong day.

Night fell. Hundreds of people collected in front of the Town Hall. The I.L.P. candidate's name seemed on every lip. People jostled each other and said: "Who's your man? Carey's mine," and moved on, waiting no reply.

The clock struck 9 p.m. The door of the Town Hall opened. Poetic justice and poetic irony! The most reactionary of reactionary members of the aldermanic bench, the men who would have given anything to compass Carey's defeat, had to announce his victory.

A great cry of delight went up. In a flash Carey was shouldered by some of the electors and borne off to the Market Place, followed by a vast crowd which cheered unceasingly.

Traffic was stopped. From the Market Place he was carried in triumph through all the main streets in the ward. People poured out on all sides. The disfranchised helped the franchised.

On all sides one heard, "What would the poor do without Carey?" "What would we women do without Carey to appeal to?" " Who would care about our streets and houses if Carey had been defeated?" "If what Carey says is Socialism, then we are Socialists." "Good old Carey." "Three cheers for Carey."

For nearly two hours these scenes lasted, then the crowd turned and carried Carey to the I.L.P. Club-rooms, and insisted on a speech from the windows. And, oh! how weary we all were!

But mark the signs of the times. In Liberal-Labour Middlesbrough a Socialist and Labour man has been borne in triumph to the Socialist quarters. Let us all be patient.

Middlesbrough I.L.P. is not without its fair share of active members. We all take out hats off to our secretary, Mrs. Marion Coates Hansen, who is not afraid of too much secretarial work and carries out those duties with promptitude and dispatch.

She is a good organiser, orator and keen fighter. She is a member of the of Board of Guardians, on which body she has done yeoman service for the widows and children. She occupies the of honorary secretary for the Middlesbrough Housing Council, which has declared war on slum owners.

It is composed of delegates from 23 Trade Unions, Trades Council, I.L.P, B.S.P. and Women's Freedom League. She is the type of woman the Labour movement cannot do without. Then we have our stalwart, Councillor G.A. Carey, who has occupied a seat on the Town Council for over fourteen years. 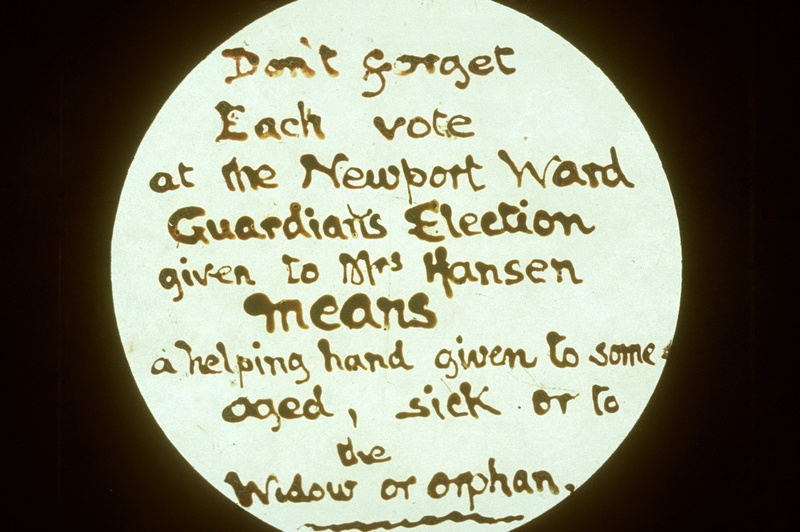 He has always voiced the Labour point of view in the council and exposed our opponents at the street corner. His persistent fighting eventually secured the putting into operation of the Feeding of School Children Act. The water-carriage system and the Housing and Town Planning Act were adopted by the council chiefly through his doggedness.

The man to whom all Trade Unionists take their grievances is Councillor G. A. Carey, or better known as "Good Old Carey."

My closing words of praise are for the of the Branch, Comrade Cole, senr. He is over sixty years of age, and has been connected with the branch since it was first formed. He is never happy unless we are on the move – J.S.

Councillor Carey, of Kensington Road, Middlesbrough, writes : "I Hail with delight your new departure of 'Municipal Notes,' and I think a further decided all-round gain would follow if in addition to reporting progress made by the Labour groups on Town Councils an appeal for certain information urgently needed could be sometimes added. as instance : Our Town Council whilst admitting there is a shortness of houses, and agreeing to obtain information from other places re housing, has just decided by 32 votes to 5 to start a housing scheme via "loopholing," that is, to bargain with certain slum owners to pay them a sum of money on condition that they pull down a single house here and there in areas which have a great number of houses, say 42 to the acre, all individually unfit for habitation. This pettifogging procedure has all along been condemned by the Trades Council and Labour group. We believe this has been tried and discarded as foolish by some Councils. As other similar proposals are to follow, we of the Labour group are anxious to learn from your readers what is their experience : (1) Has your Council done any "loopholing"? ; (2) What have been the effects? (3) Has this policy now been abandoned? " 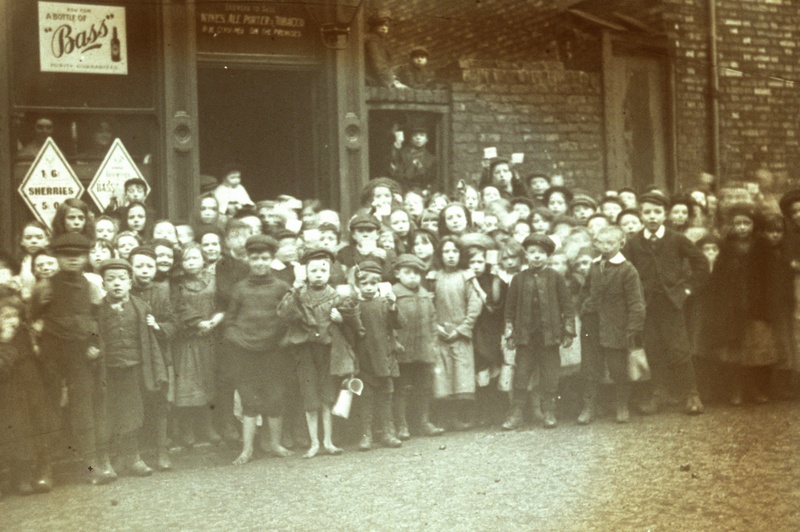 The folly of some Councillors is only exceeded by the narrowness of their mental vision. The Middlesbrough I.L.P. passed a resolution condemning the action of the Government in declaring war on Germany, and Councillor Spence, who is a patriot in the narrowest sense, said some very silly things in the Council Chamber.

Mrs. Coates Hansen is the secretary of the Middlesbrough I.L.P., and has done much good work as a Guardian, which will explain fairly clearly the attack of the "patriots." Councillor Spence read the words of the resolution, and said the secretary of the organisation who had forwarded it was the wife of a German.

He was informed by Councillor Socket that Mr. Hansen is a naturalised subject, but he wasn't satisfied. Could the leopard change its spots or the Ethiopian his skin? In this strain he persisted, and Councillor Carey had to take him in hand.

As a born Briton who had given 20 years military service, Councillor Carey defended the action of the I.L.P. and said he was surprised to hear such remarks from Councillor Spence, who, no doubt, had preached the Brotherhood of Man (Mr. Spence is a local preacher and a prominent leader of the Middlesbrough Wesleyans).

If anything was wrong, they were justified, whether German or British, in protesting. As Mrs. Coates Hansen herself pointed out in a brief and effective letter to the local paper, it, wasn't very brave to tester upon one naturalised Englishman the responsibility for a resolution which was not even drawn up by him, but which was passed by a body of English men and women.