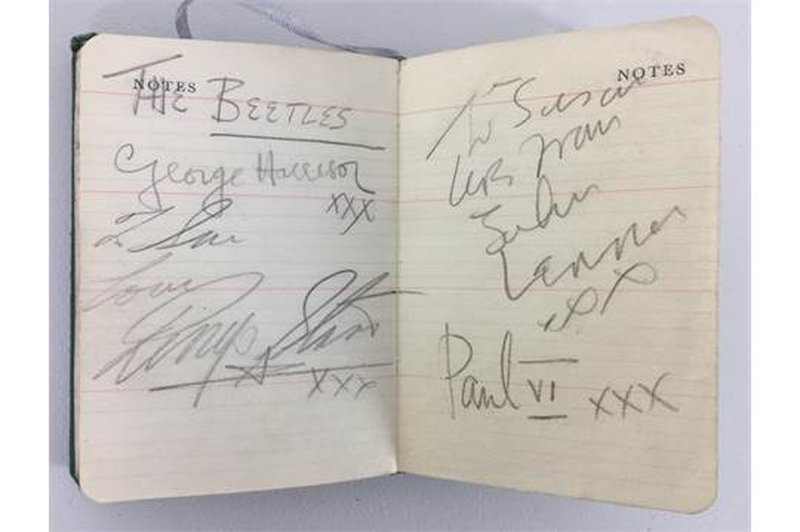 A young pop fan who met the Beatles on a train from Darlington to Middlesbrough more than half a century ago has sold a rare full set of the Fab Four’s autographs for a whopping £2,750.

The vendor worked for the GPO and was travelling back home from a shift in Darlington on June 25 1963 when she ran into the band.

They sat together in the same carriage all the way to Middlesbrough, where the Beatles were playing that night at the Astoria.

All three band members added three kisses to their signatures, which are made out “To Susan”, and the entry is headed with the words “THE BEETLES”, spelling their name incorrectly.

The autographs, signed in pencil, are across two pages of the notes page at the back of a green pocket diary. The folder also includes a GPO work card bearing the name SM Knowles.

The sale took place at Omega Auctions in Newton-Le-Willows.